There is a reason why Rajesh and I are so proud of our analyst ratings.  Can you think of where you will be in fifteen years?  How distant that seems?  Well, these Gartner recognitions seemed so far off in the early years of MENTIS, when earning such big-time accolades seemed huge and almost unachievable for a tiny company – I remember when we earned “Cool Vendor” from Gartner.  It was as if we had climbed Mount Everest.  And Rajesh was named a “Rising Star” in the first ever awards from Yale University – and he was the only vendor named a Rising Star.  These were amazing wins, and we had worked so hard to get there.

The early years of MENTIS were tough.  I have had many sleepless nights worried about paying bills. While Rajesh started the business in Nashville, I was working in New York for my old boss to keep the lights on.  We raised a tiny bit of family capital; then Justin came down to Nashville to work with Rajesh to start building the products that you all are working with today.   Sometimes, a lot of times, none of us got paid, but we focused our resources on getting to tasks at hand.  During the early days, Rajesh, Justin and I used to go to tradeshows where we would put up booths, hand out candy and freebies to get people to stop and have conversations, go to FedEx or Kinko’s to get more flyers printed, box up the booth and drive it (later we could afford to ship it) back to Hudson when we were done – we did it all ourselves.  These were our early marketing investments and we built customer relationships through dinners, meet-and-greets, all high-touch relationships.   We also got feedback for our products from our prospects as well as our customers; then as now we were constantly improving upon the product capabilities and features.   We never intended to be “just another” software company – that wouldn’t make our sacrifices worth it.   We had to be better and more innovative and provide something that would help companies in a way that they couldn’t do for themselves.  So a new thread was added to our hard work – a thread that runs through the company today: product innovation and customer responsiveness. 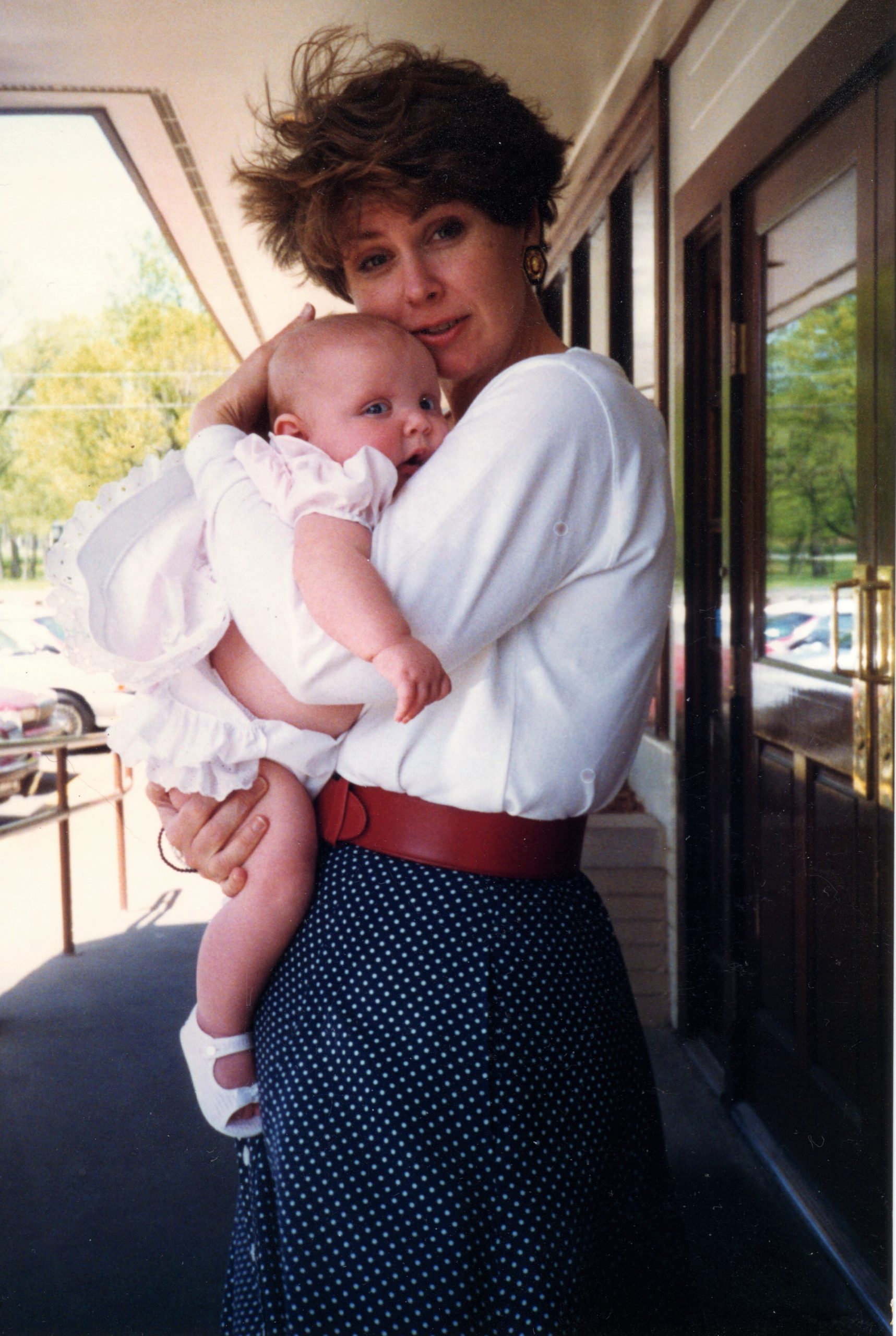 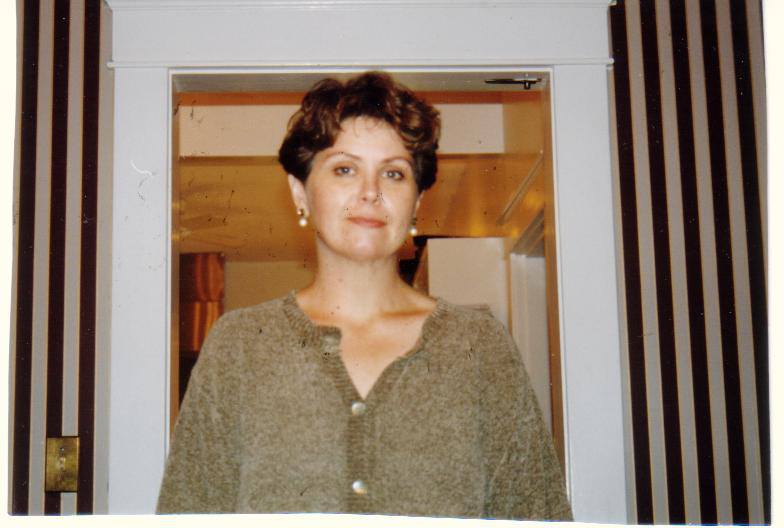 As central as data security is to us, we always understood that our customers have their own mission and it’s probably NOT data masking.  Yes, data security is important, and becoming more so, to their process -- but it’s not their mission in the world.  It is our mission, though, and we have always intended to be the best at it, and our goal is to take care of this problem so that our customers can get on with feeding or clothing the world or maybe providing some scholarship.  That’s why we are so excited about how our customers value us for our responsiveness and our focus on their needs and priorities. No wonder we have been awarded the Gartner Customer’s Choice Award both last year and this year -- and that our customers are 100% willing to recommend our product to their peers.  That is an achievement.

Startups never get easier: as we grew and needed to self-fund, Rajesh and Justin would do consulting work with a few of our former colleagues and connections.  One interesting assignment involved Rajesh writing a software program for Insight, a cable TV company in Manhattan, to consolidate the very complex monthly billing for them; as a result, a process that previously took more than a month could be closed in just hours.   These Insight friends and colleagues would go on to become the first outside group of investors in MENTIS – because they knew what Rajesh could do, having seen it first-hand.

And another thread has been woven in since the beginning:  add to hard work and sacrifice, to a focus on innovation, one more – people.   Our story began as the story of friends and colleagues who wanted to work together; one of them (the smart one aka Rajesh) had some innovative ideas about data security, and we all had the courage – or foolhardiness – to pool our skills.  And then we got support from friends and families.   Our families both understood exactly what we were going through and yet still encouraged us to stick with it because they had a belief in MENTIS and what we could achieve.  That confidence in what we were doing and could accomplish has been our rock in the hard times.

So, as proud as we are of our products and our customer roster, perhaps we are most proud of the people of the company that we have built, and who are now helping write the story of MENTIS-Today and MENTIS-Tomorrow.   The people of MENTIS are its strength, and it has always been this way.   MENTIS’ story is the story of people with faith in MENTIS helping us – we tested out our first trade show booth in the living room at my parents’ house.   Justin joined us on faith, even though we were a fledgling organization with only a little bit of code; Justin’s brother helped with some of our earliest logos and graphics.  I’ve known Justin longer than I’ve known anyone in the company, including Rajesh.   And Rajesh and Justin became friends when all three of us worked at a company called CSC, so that relationship goes back a long way.     In fact, before we started our India office in 2014, everyone who came onboard with MENTIS came through a mutual connection.  Bob Peck, MENTIS’ acting CFO, had been Justin’s boss and my colleague at CSC; and Rajesh worked with him as a consultant at CSC.  It was Bob who later joined Insight and brought Rajesh and Justin in – and through the Insight connection we met Sharon – our Director of Accounting.   Harriet, our VP of Marketing, was brought in through another old employee of ours.  So as you can see, MENTIS has created a strong framework of relationships built on history, trust, and mutual respect.  I know that I can bank upon these people to be straight shooters, no matter how difficult the topic at hand is.  And they're all good sports, which is the ultimate compliment, in my view.   I take pride in the fact that, as we have grown from that first group of three, everyone who has been associated with MENTIS has shared the same belief in MENTIS, along with an enthusiasm for getting things done and accountability towards the company’s growth. 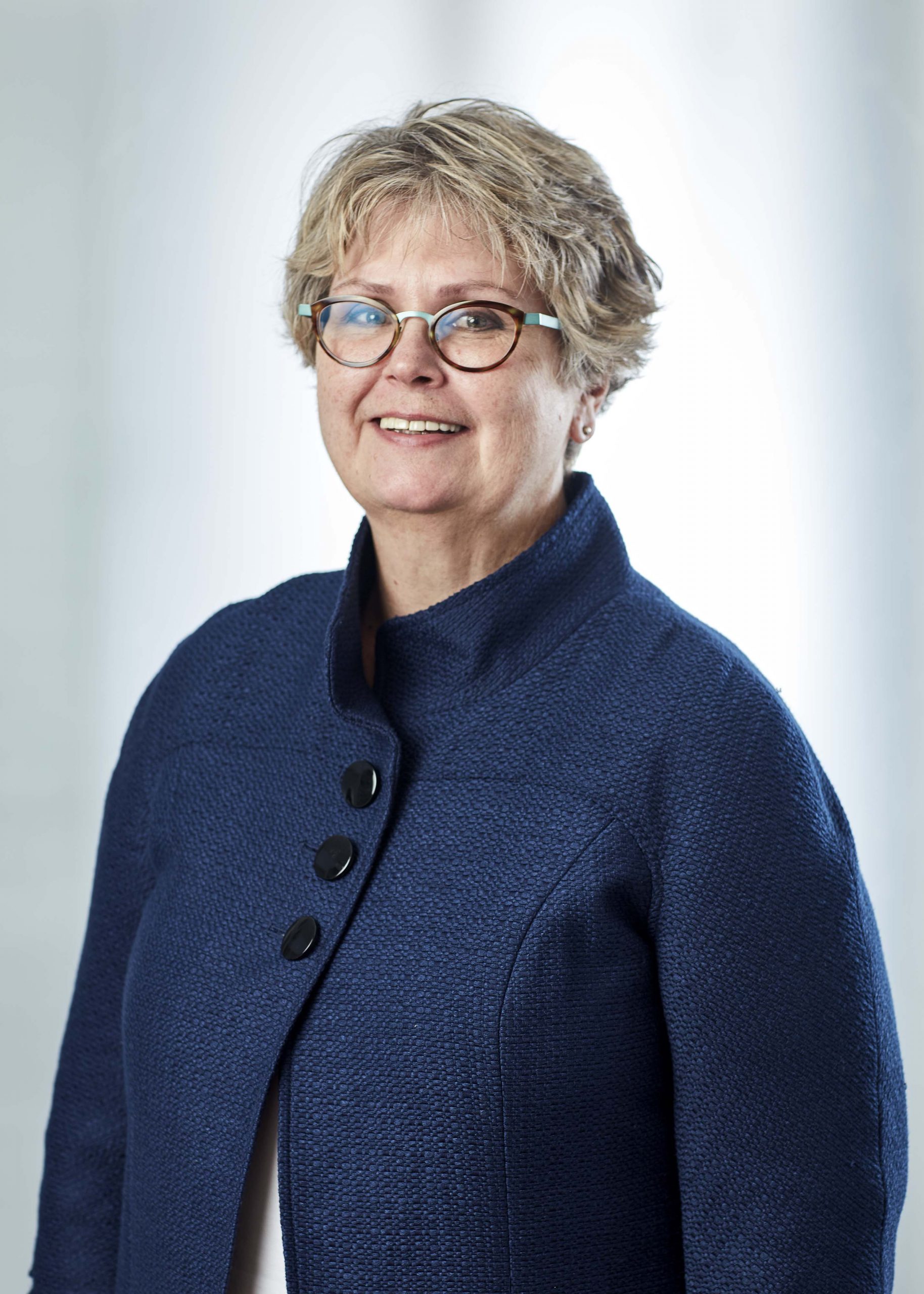 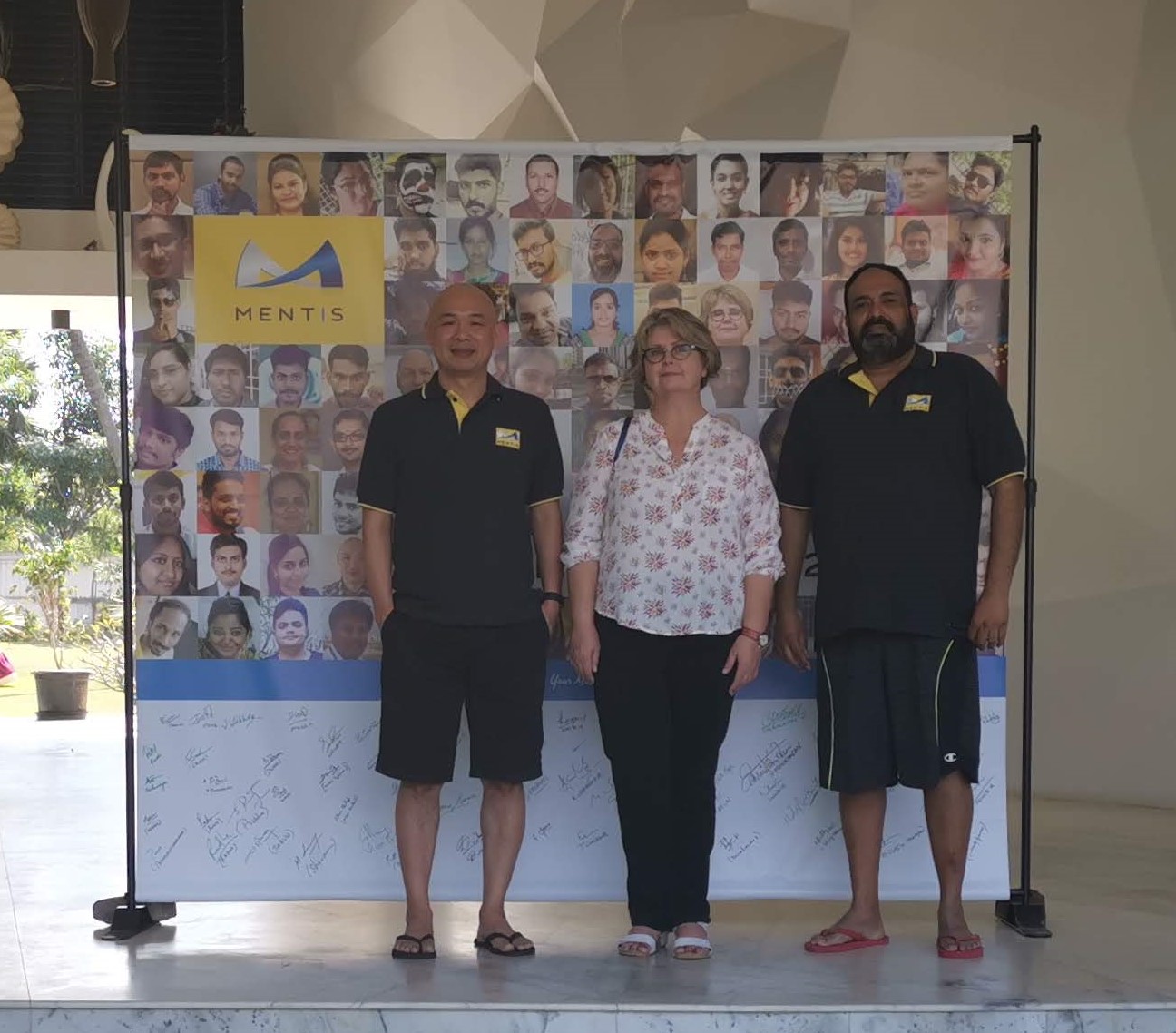 Since MENTIS India operations began in 2014, I have visited twice – both trips were great fun and truly memorable and also very fattening – no good visiting while on a diet. All those years when I used to imagine the places Rajesh would describe, now it all came to life!  Sarojini Street, at last!  Rajesh’s decorating decisions in the office – not bad at all (I taught him well).   The school Rajesh went to as a child, neighborhood landmarks, the experience of the total insanity of traffic on Indian streets – and I thought Boston traffic was bad.   I got to see Rajesh’s school, see his parents again in their home turf, have some of his Mom’s fantastic home-made ginger-lime drink.  I met Meera for the first time after working with her for such a long time.   We had some company-wide retreats that included talent shows – magic acts, dancing, singing, even Zumba.  And the MENTIS children – the next generation is going to be so talented.

Today, when I look back to our earliest days, I feel proud of what we went through, and that we have survived financial crashes and now pandemics without having to compromise or break those threads – that the dividends that our hard work paid  for are right in front of us today in our people, our products, and our recognitions.

Apart from my regular work at MENTIS, I also teach the History of Landscape Design at the world-renowned New York Botanical Garden in the Bronx (one of the five boroughs of New York City).  Also in the Bronx is Yankee Stadium – I am a huge Yankee fan – baseball is the best.   My home-state Razorbacks are also hugely important to me – their college baseball team is the best in America right now.   WOO HOO!!    I also play the cello really quite badly, but on the happy side I am improving my Japanese brush-and-ink calligraphy skills in my spare time.   I’m completing an advanced history degree at Oxford University and am looking forward to being able to read for fun again – I have a library of probably more than 5000 books -- Lucie and I are trying to find more places to store them right now, as we have run out of room in the city apartment and have run out of shelving in the Hudson house.   Actually, Lucie does not do much of the work anywhere -- she is the boss really, so she does not get her paws dirty – I do the heavy lifting while she supervises. 😊 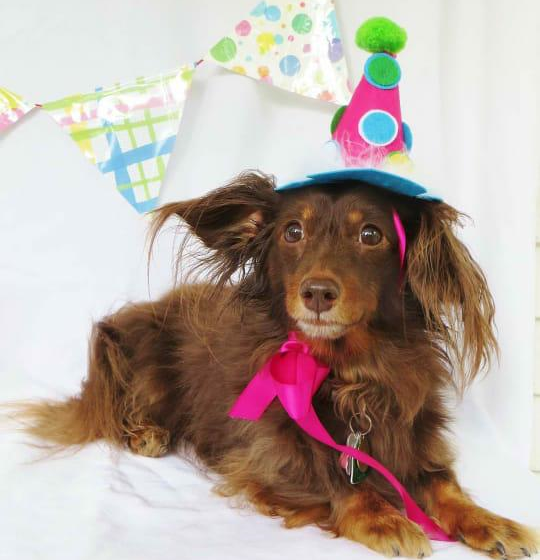